Our architect of the week is Dutch architect

Rem Koolhass is often regarded as being one of the most influential architects of our time. Today Rem is a founding partner at influential Rotterdam based architectural practice, OMA, as well as being Professor in Practice, at the prestigious Harvard University’s Graduate School of Design.

Rem studied architecture at the Architectural Association School of Architecture in London and at Cornell University in Ithaca in New York. Today Rem is regarded as being one of architectures most influential teachers, those few architects that have had the good fortune of interning under his tutelage at OMA have generally gone on to carve out successful careers of their own, REX – Architecture Principle,Joshua Prince Ramus being one.

Koolhaas was awarded the Pritzker Prize in 2000 for his contributions to architecture, whilst in 2008 Time Magazine named him in their top 100 most influential people in the world list. 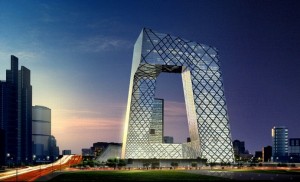