04
May
2014
Meet the architect of the week: Sir Christopher Wren

Wren was a professor of astronomy at Oxford who became an architect though his interest in physics and engineering. In the 1660s, he was commissioned to design the Sheldonian Theater at Oxford and visited Paris to study French and Italian baroque styles. In 1666, Wren had completed a design for the St. Paul’s Cathedral dome. One week after it was completed, however, the Great Fire of London raged through the city, destroying most of it — including the cathedral.

The Great Fire created an unexpected opportunity for Wren, and he was soon at work on reconstruction. Although plans for a sweeping reconstruction of the city soon proved too difficult, by 1669, he was appointed surveyor of royal works, which put him in charge of government building projects. Ultimately, he had his hand in designing 51 churches, as well as St. Paul’s Cathedral. 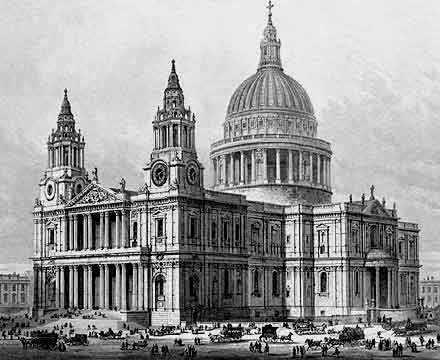